“You think therefore you are but also you jog therefore you sleep therefore you’re not overwhelmed by existential angst. You can’t be can’t and you don’t want to be. Play a sport. Do yoga, pump iron, and run, whatever but take care of your body, you’re going to need it.”

In darker days I did a corporate gig at a conference for this big company who made and sold accounting software in a bid, I presumed, to inspire their salespeople to greater heights. They’d forked out 12 grand for an inspirational speaker who was this extreme sports guy who had had a couple of his limbs frozen off when he got stuck on a ledge on some mountain. It was weird.

Software salespeople I think need to hear from someone who has had a long successful career in software sales not from an overly optimistic ex-mountaineer.

Some poor guy who had arrived in the morning hoping to learn about sales techniques ended up going home worried about the blood flow to his extremities. It’s not inspirational, it’s confusing. And if the mountain was meant to be a symbol of life’s challenges and the loss of limbs a metaphor for sacrifice, the software guy’s not going to get it, is he? Because he didn’t do an Arts degree, did he? He should have.

Arts degrees are awesome and they help you find meaning where there is none. And let me assure you… there is none. Don’t go looking for it. Searching for meaning is like searching for a rhymes scheme in a cookbook. You won’t find it and it will bugger up your soufflé. If you didn’t like that metaphor you won’t like the rest of it.

Point being I’m not an inspirational speaker. I’ve never ever lost a limb on a mountainside metaphorically or otherwise and I’m certainly not going to give career advice because, well I’ve never really had what most would consider a job. However I have had large groups of people listening to what I say for quite a few years now and it’s given me an inflated sense of self importance.

So I will now, at the ripe old age of 37-point-nine, bestow upon you nine life lessons to echo of course the nine lessons of carols of the traditional Christmas service, which is also pretty obscure.

You might find some of this stuff inspiring. You will definitely find some of it boring and you will definitely forget all of it within a week. And be warned there will be lots of hokey similes and obscure aphorisms which start well but end up making no sense. So listen up or you’ll get lost like a blind man clapping in a pharmacy trying to echo-locate the contact lens fluid.

One: You don’t have to have a dream. Americans on talent shows always talk about their dreams. Fine if you have something you’ve always wanted to do, dreamed of, like in your heart, go for it. After all it’s something to do with your time, chasing a dream. And if it’s a big enough one it’ll take you most of your life to achieve so by the time you get to it and are staring into the abyss of the meaningless of your achievement you’ll be almost dead so it won’t matter.

I never really had one of these dreams and so I advocate passionate, dedication to the pursuit of short-term goals. Be micro-ambitious. Put your head down and work with pride on whatever is in front of you. You never know where you might end up. Just be aware the next worthy pursuit will probably appear in your periphery, which is why you should be careful of long-term dreams. If you focus too far in front of you you won’t see the shiny thing out the corner of your eye. Right? Good! Advice metaphor… look at me go.

Two: Don’t seek happiness. Happiness is like an orgasm. If you think about it too much it goes away. (crowd laughs) Keep busy and aim to make someone else happy and you might find you get some as a side effect. We didn’t evolve to be constantly content. Contented Homo erectus got eaten before passing on their genes.

Three: Remember it’s all luck. You are lucky to be here. You are incalculably lucky to be born and incredibly lucky to be brought up by a nice family who encouraged you to go to uni. Or if you were born into a horrible family that’s unlucky and you have my sympathy but you are still lucky. Lucky that you happen to be made of the sort of DNA that went on to make the sort of brain which when placed in a horrible child environment would make decisions that meant you ended up eventually graduated uni. Well done you for dragging yourself up by your shoelaces. But you were lucky. You didn’t create the bit of you that dragged you up. They’re not even your shoelaces.

I suppose I worked hard to achieve whatever dubious achievements I’ve achieved but I didn’t make the bit of me that works hard any more than I made the bit of me that ate too many burgers instead of attending lectures when I was here at UWA. Understanding that you can’t truly take credit for your successes nor truly blame others for their failures will humble you and make you more compassionate. Empathy is intuitive. It is also something you can work on intellectually.

Four: Exercise. I’m sorry you pasty, pale, smoking philosophy grads arching your eyebrows into a Cartesian curve as you watch the human movement mob winding their way through the miniature traffic cones of their existence. You are wrong and they are right. Well you’re half right. You think therefore you are but also you jog therefore you sleep therefore you’re not overwhelmed by existential angst. You can’t be can’t and you don’t want to be. Play a sport. Do yoga, pump iron, and run, whatever but take care of your body, you’re going to need it. Most of you mob are going to live to nearly 100 and even the poorest of you will achieve a level of wealth that most humans throughout history could not have dreamed of. And this long, luxurious life ahead of you is going to make you depressed. (audience laughs) But don’t despair. There is correlation between depression and exercise. Do it! Run, my beautiful intellectuals run.

We must think critically and not just about the ideas of others. Be hard on your beliefs. Take them out onto the verandah and hit them with a cricket bat. Be intellectually rigorous. Identify your biases, your prejudices, your privileges. Most of society is kept alive by a failure to acknowledge nuance. We tend to generate false dichotomies and then try to argue one point using two entirely different sets of assumptions. Like two tennis players trying to win a match by hitting beautifully executed shots from either end of separate tennis courts.

By the way, while I have science and arts graduates in front of me please don’t make the mistake of thinking the arts and sciences are at odds with one another. That is a recent, stupid and damaging idea. You don’t have to be unscientific to make beautiful art, to write beautiful things. If you need proof – Twain, Douglas Adams, Vonnegut, McEwan, Sagan and Shakespeare, Dickens for a start. You don’t need to be superstitious to be a poet. You don’t need to hate GM technology to care about the beauty of the planet. You don’t have to claim a soul to promote compassion. Science is not a body of knowledge nor a belief system it’s just a term which describes human kinds’ incremental acquisition of understanding through observation. Science is awesome! The arts and sciences need to work together to improve how knowledge is communicated. The idea that many Australians including our new PM and my distant cousin Nick Minchin believe that the science of anthropogenic global warming is controversial is a powerful indicator of the extent of our failure to communicate. The fact that 30 percent of the people just bristled is further evidence still. (audience laughs) The fact that that bristling is more to do with politics than science is even more despairing.

Seven: Define yourself by what you love. I found myself doing this thing a bit recently where if someone asks me what sort of music I like I say, “Well I don’t listen to the radio because pop song lyrics annoy me,” or if someone asks me what food I like I say, “I think truffle oil is overused and slightly obnoxious.” And I see it all the time online – people whose idea of being part of a subculture is to hate Coldplay or football or feminists or the Liberal Party.

We have a tendency to define ourselves in opposition to stuff. As a comedian I make my living out of it. But try to also express your passion for things you love. Be demonstrative and generous in your praise of those you admire. Send thank you cards and give standing ovations. Be pro stuff not just anti stuff.

Eight: Respect people with less power than you. I have in the past made important decisions about people I work with – agents and producers – big decisions based largely on how they treat the wait staff in the restaurants we’re having the meeting in. I don’t care if you’re the most powerful cat in the room, I will judge you on how you treat the least powerful. So there!

Nine: Finally, don’t rush. You don’t need to know what you’re going to do with the rest of your life. I’m not saying sit around smoking cones all day but also don’t panic! Most people I know who were sure of their career path at 20 are having mid-life crises now.

I said at the beginning of this ramble, which is already three-and-a-half minutes long, life is meaningless. It was not a flippant assertion. I think it’s absurd the idea of seeking meaning in the set of circumstances that happens to exist after 13.8 billion years worth of unguided events. Leave it to humans to think the universe has a purpose for them. However I’m no nihilist. I’m not even a cynic. I am actually rather romantic and here’s my idea of romance: you will soon be dead. Life will sometimes seem long and tough and God it’s tiring. And you will sometimes be happy and sometimes sad and then you’ll be old and then you’ll be dead. There is only one sensible thing to do with this empty existence and that is fill it. Not fillet. Fill it. And in my opinion, until I change it, life is best filled by learning as much as you can about as much as you can. Taking pride in whatever you’re doing. Having compassion, sharing ideas, running, being enthusiastic and then there’s love and travel and wine and sex and art and kids and giving and mountain climbing, but you know all that stuff already. It’s an incredibly exciting thing this one meaningless life of yours. Good luck and thank you for indulging me.

Manage Cookie Consent
To provide the best experiences, we use technologies like cookies to store and/or access device information. Consenting to these technologies will allow us to process data such as browsing behavior or unique IDs on this site. Not consenting or withdrawing consent, may adversely affect certain features and functions.
Manage options Manage services Manage vendors Read more about these purposes
View preferences
{title} {title} {title} 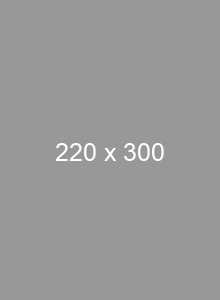 Get My Free
BEAT THE STRESS ebook

15 sure-fire ways to reduce stress and calm your life

You have Successfully Subscribed!